Introduction to the Wasm VM for ISC

IOTA Smart Contracts (ISC) provides a very flexible way of programming smart contracts by providing an API to a sandboxed environment that allows you to interact deterministically and without any security risks with ISC-provided functionality. The API provides a generic way to store, access, and modify the state of smart contracts. The API can be used by any kind of Virtual Machine (VM) to implement a system to load and run smart contract code on top of ISC. The actual VMs can be implemented by whoever wants to create them. 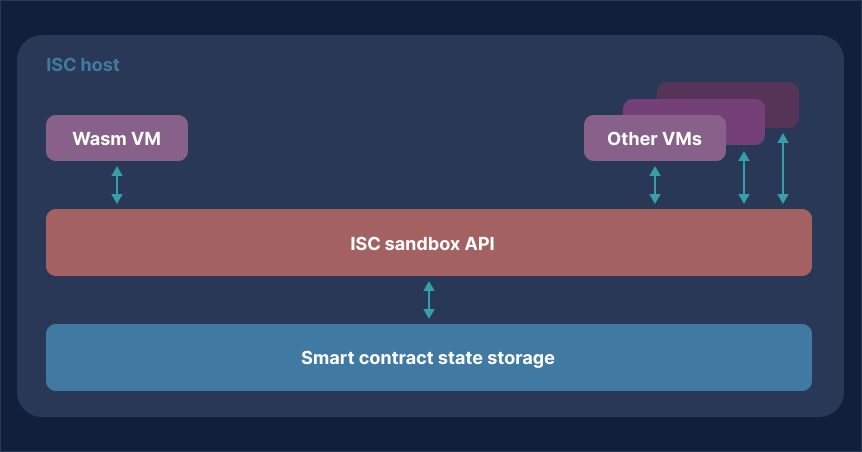 We chose Wasm to be able to program smart contracts from many programming languages. Since more and more languages are becoming capable of generating the intermediate Wasm code this will eventually allow developers to choose a language they are familiar with.

Because each Wasm code unit runs in its own memory space and cannot access anything outside that memory by design, Wasm code is ideally suited for secure smart contracts. The Wasm VM runtime system will only provide access to external functionality that is necessary for the smart contracts to be able to do their thing, but nothing more. In our case, we only provide access to the ISC host's sandboxed API environment. The way we do that is by providing a small, self-contained library that can be linked to the Wasm code. This library is called WasmLib. 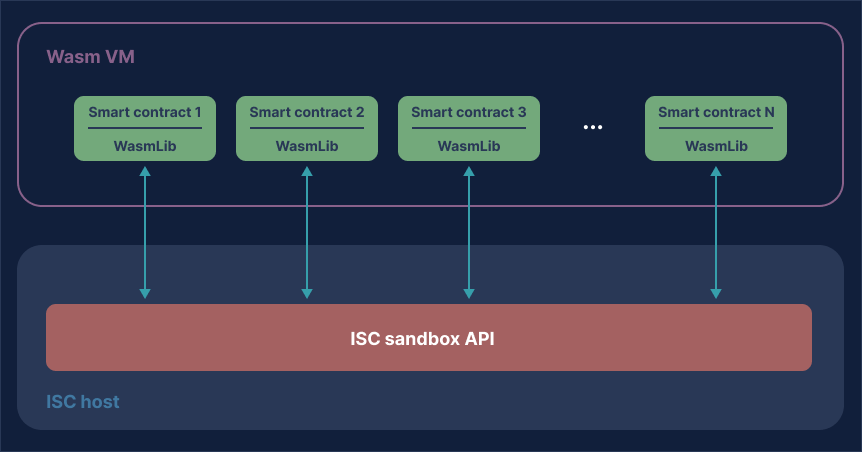 The initial WasmLib implementation was created for the Rust programming language. Rust had the most advanced and stable support for generating Wasm code at the time when we started implementing our Wasm VM environment. In the meantime, we have also implemented fully functional Go and TypeScript implementations. We currently support the following Wasm code generators:

All WasmLib implementations use only a very small common subset of their host language. The same goes for the interface they provide to smart contract writers. This keeps the coding style very similar, barring some syntactic idiosyncrasies. The reason for doing this is that we wanted to make it as easy as possible for anyone to start working with our smart contract system. If you have previous experience in any C-style language you should quickly feel comfortable writing smart contracts in any of the supported languages, without having to dive too deeply into the more esoteric aspects of the chosen language.

We will next discuss some concepts that are central to (ISC) smart contract programming.