Anatomy of a Smart Contract

Smart contracts are programs that are immutably stored in the chain.

The logical structure of IOTA Smart Contracts is independent of the VM type: 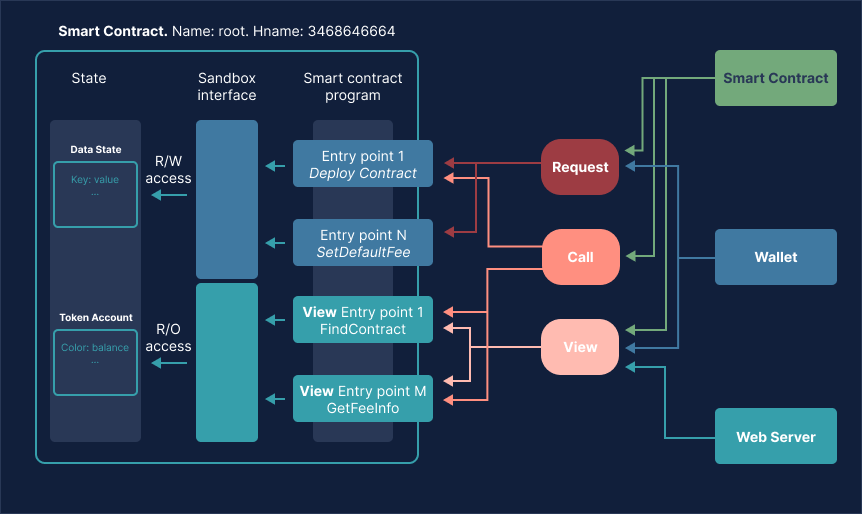 Each smart contract on the chain is identified by a hname (pronounced "aitch-name"), which is a uint32 value calculated as a hash of the smart contract's instance name (a string). For example, the hname of the root core contract is 0xcebf5908. This value uniquely identifies this contract in every chain.

See Accounts for more information on sending and receiving tokens.

Each smart contract has a program with a collection of entry points. An entry point is a function through which you can invoke the program.

There are two types of entry points:

After a request to a Smart Contract is executed (a call to a full entry point), a receipt will be added to the blocklog core contract. The receipt details the execution results of said request: whether it was successful, the block it was included in, and other information. Any events dispatched by the smart contract in context of this execution will also be added to the receipt.

Smart contract calls can fail: for example, if they are interrupted for any reason (e.g., an exception) or if it produces an error (missing parameter or other inconsistency). Any gas spent will be charged to the sender, and the error message or value is stored in the receipt.