The access to the chain's state has to be curated, too. The chain owner and developers of individual smart contracts are not necessarily the same entity. A single malicious contract could ruin the whole chain if not limited to its own space. Instead of working on the state as a whole, each smart contract can only modify a part of it.

The only way for smart contracts to access data is to use the Sandbox interface, which is deterministic. It provides their internal state as a list of key/value pairs. 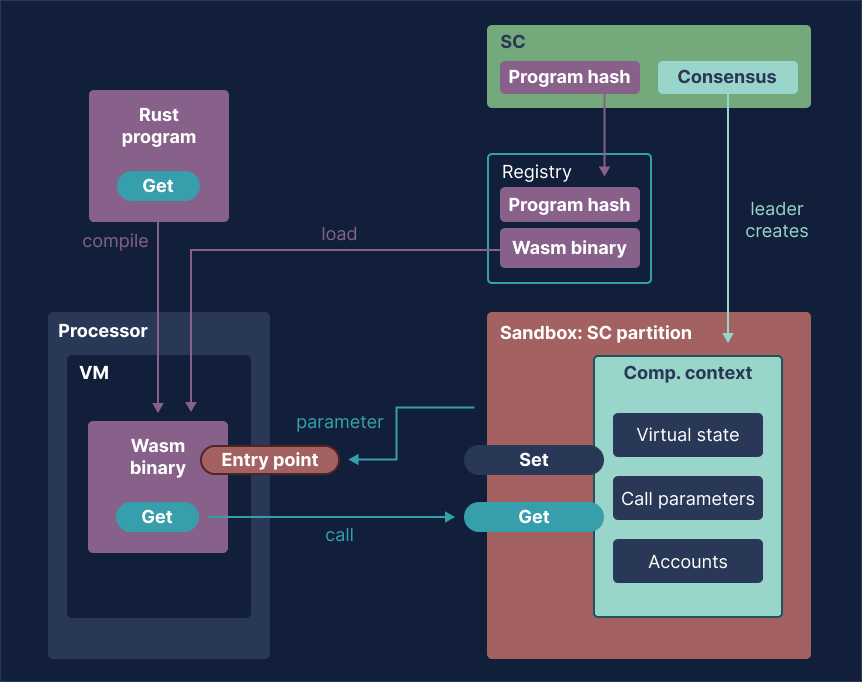 Besides reading and writing to the contract state, the Sandbox interface allows smart contracts to access:

The Sandbox API available in "view calls" is slightly more limited than the one available in normal "execution calls". For example, besides the state access being read-only for a view, they cannot issue requests, emit events, etc.