Staking in the IOTA Network Ecosystem

IOTA introduced two new networks that will exist next to the main network: the Shimmer staging network and the Assembly trustless smart contract network. This marks a historical event and a vast increase of utility for the IOTA token. Both networks will launch with their own native tokens: SMR for Shimmer and ASMB for Assembly. With the new tokenomics and incentive structure around these networks, it is now possible to stake tokens.

There are several ways to stake your tokens and earn staking rewards:

Starting from 28th December 2021, 3 p.m. CET, IOTA holders that possess IOTA tokens in the Firefly wallet and have chosen to participate in the staking period will generate Assembly and Shimmer tokens for 90 days.

The Shimmer staking period was limited to these initial 90 days, while the staking periods for Assembly continue for up to 24 months.

It is planned that IOTA token holders will receive 20% (20 billion tokens) of the total initial Assembly supply of 100 billion tokens. Read more about the Assembly token launch and distribution in this blog. 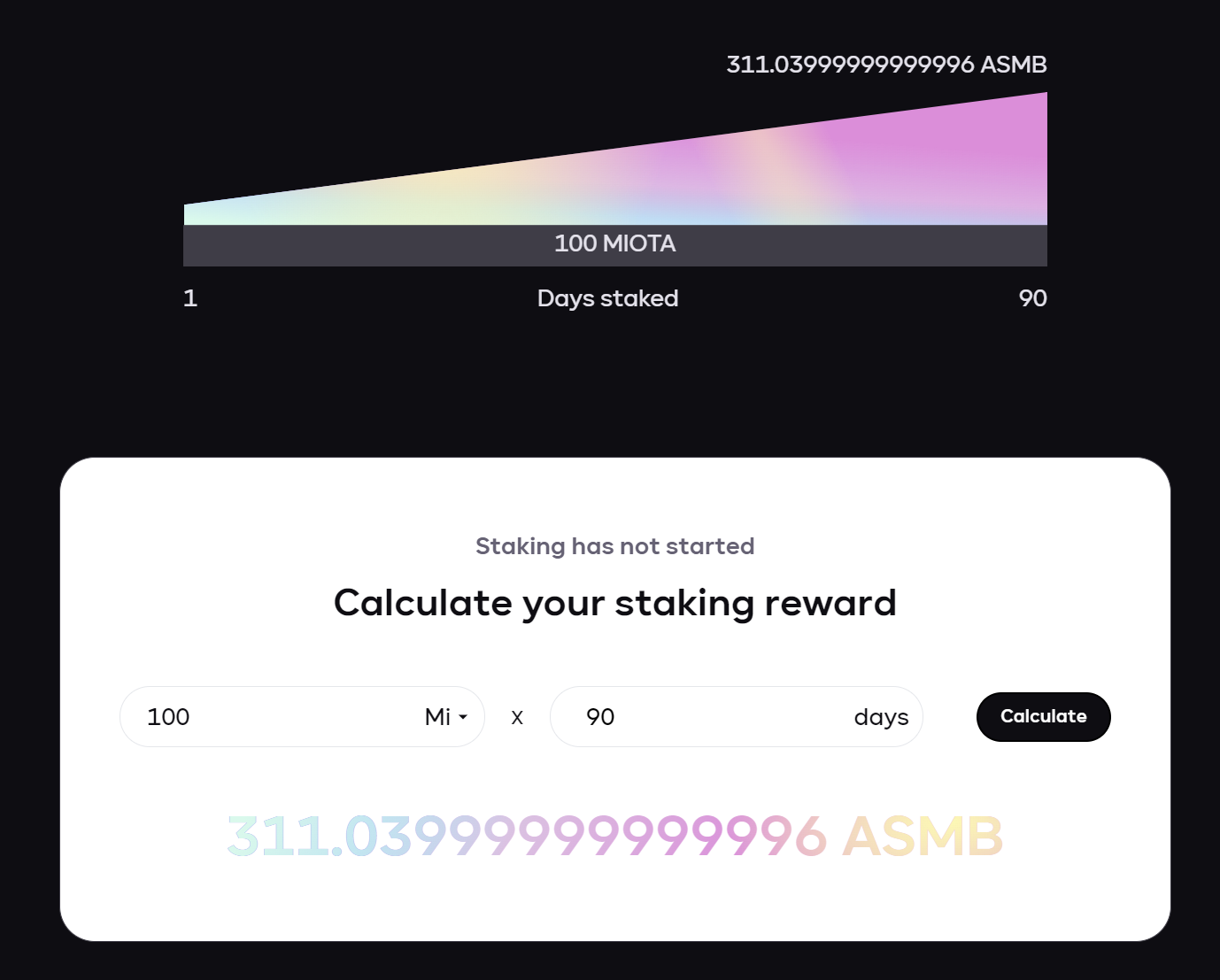 Shimmer, the staging network and battlefield for IOTA's core technology innovations, will be bootstrapped purely from IOTA token stakers. The initial token supply of the Shimmer network will only rely on the amount of IOTA tokens staked for Shimmer in the 90-day staking period, and 100% of the initial supply will be distributed to IOTA token holders. 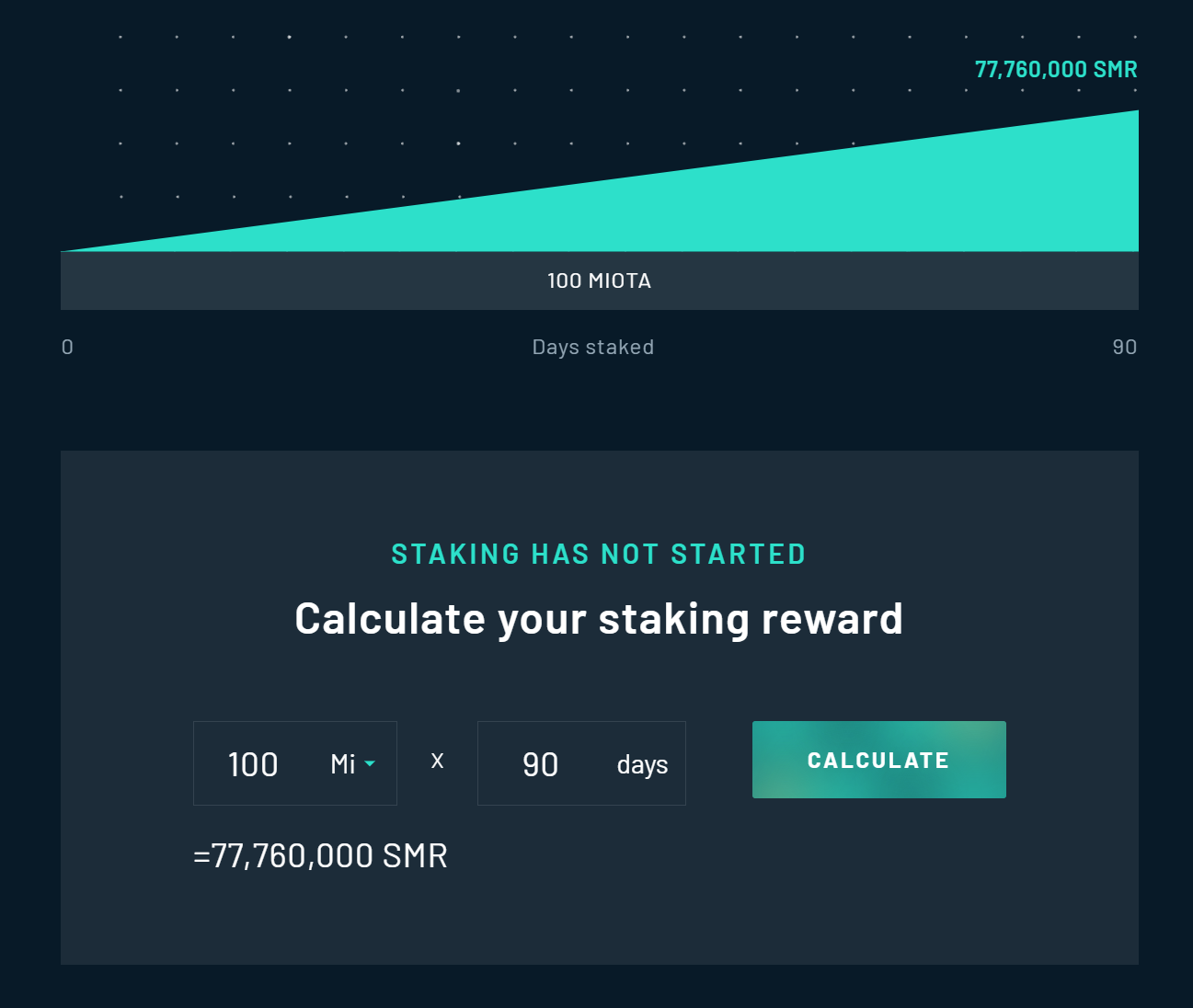 Assembly, the smart contract implementation connecting and governing thousands of independent smart contract blockchains on top of IOTA's Tangle will have a deep connection with the IOTA tangle. The security of the Assembly network relies on the underlying security of the IOTA tangle as it solves the interconnection and exchange layer between different chains in Assembly and provides a secure anchor and immutable audit trail for state updates of IOTA smart contracts chains in Assembly.

Also, the Tangle, with its newly implemented tokenization abilities and multi-asset functionalities, will be the home of all kinds of interoperable tokens. Those will be freely exchanged between accounts on different smart contract chains and accounts on the Tangle.

To further reward IOTA token stakers and give them a fair share in the new Assembly network, IOTA token holders can continue to stake their IOTA tokens in order to receive Assembly tokens for 21 months after the Assembly mainnet launch. 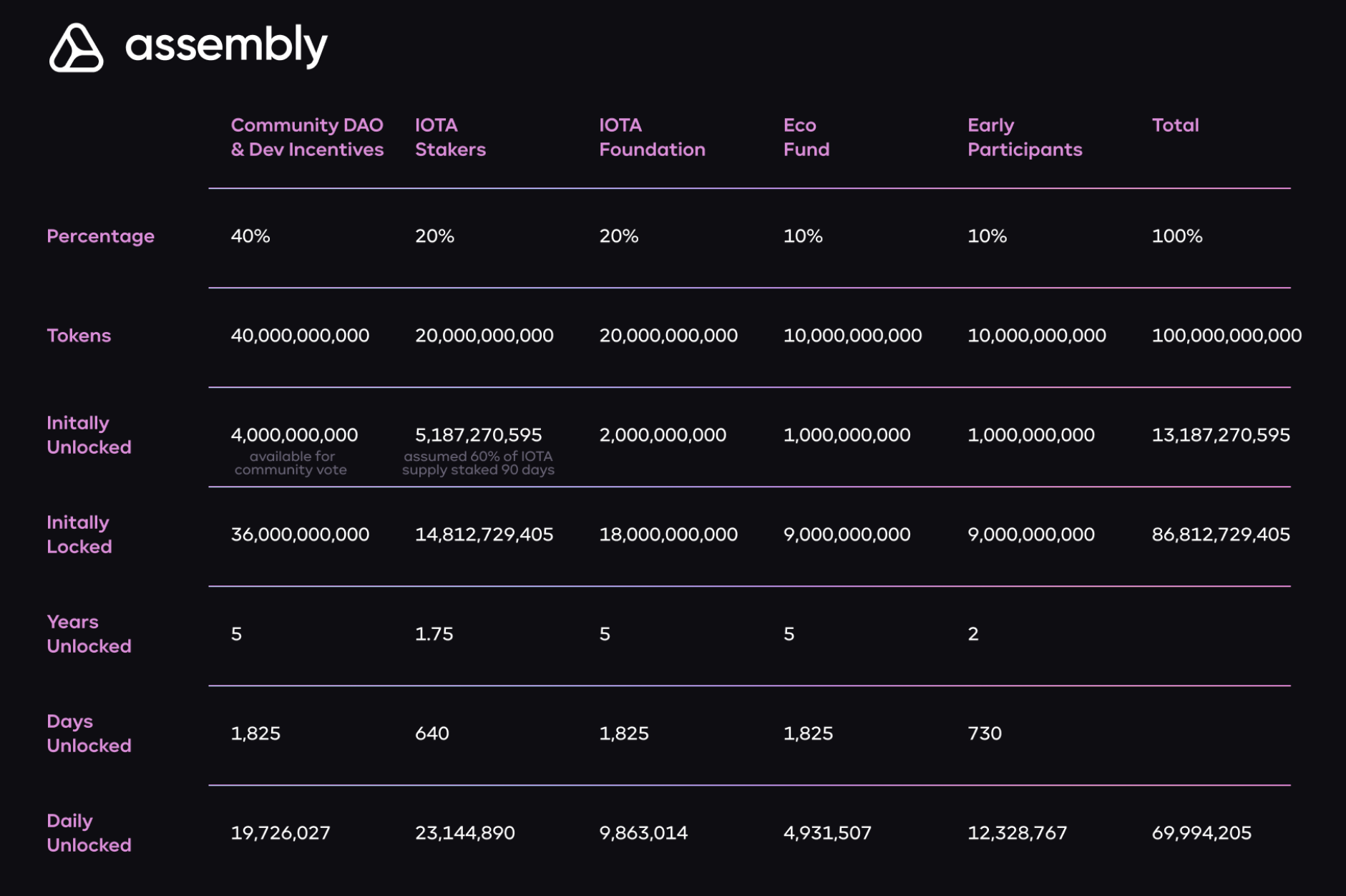