IOTA Smart Contracts is a multi-chain environment, that means, you can run many parallel chains on the IOTA Tangle: 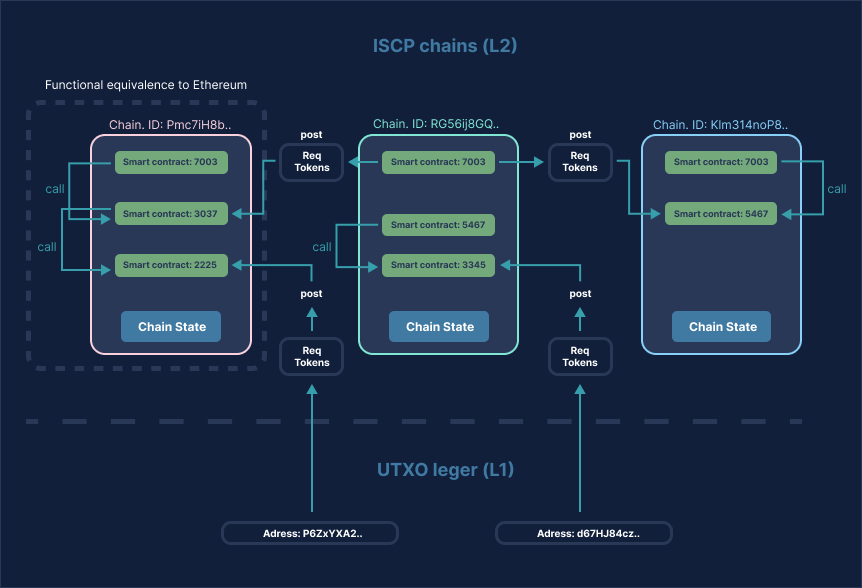 State of the Chain​

The state of the chain consists of:

The state of the chain is append-only (immutable) data structure maintained by the distributed consensus of its validators.

The chain also contains an on-ledger backlog of unprocessed requests.

The data state is stored outside of the ledger, on the distributed database maintained by validators nodes.

Digital Assets on the Chain​

The native L1 accounts of the IOTA UTXO ledger are represented by addresses, each controlled by the entity holding the corresponding private and public key pair. The L1 account is a collection of UTXOs belonging to the address.

Similarly, the chain holds all tokens entrusted to it in one special UTXO, the state output which is always located in the address controlled by the chain. It is similar to how a bank holds all deposits in its vault. This way, the chain (entity controlling the state output) becomes a custodian for the assets owned by its clients, in the same sense the bank’s client owns the money deposited in the bank.